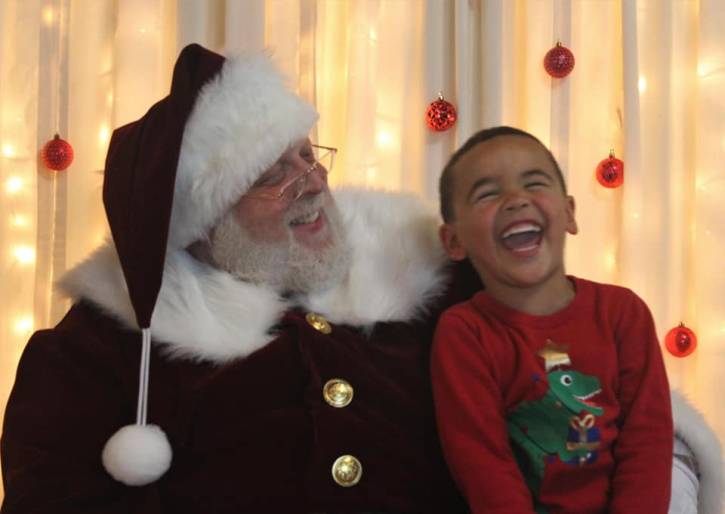 Question 1: Why Does Santa Live At The North Pole?

​Santa needs to be far away from distractions. He has to make sure all the presents are ready for Christmas Eve. This is why Santa lives at The North Pole. The North Pole is very far away from people for this reason. Don't worry though; Santa doesn't get lonely. He uses the internet to video chat with friends and always has Mrs. Claus, the elves, and reindeer for friends nearby too.

Question 2: How Many Elves Does Santa Have?​

Santa has more elves than he can count! Actually, if he took the time to count them all then he could but it would be a lot of work and take a lot of time to do so. He's very happy that he has so many elves. He needs all of their help to make the presents for all the kids in the world. Including all of the new baby brothers and sisters!

Question 3: Does Santa Read All The Letters He Receives?

​Yes! Santa loves to take time each and every day to read all the letters he has received. He goes through all of them and often even reads them out loud to the elves and reindeer too. The helpers like to hear what the boys and girls like to say too.

Question 4: How Do Reindeer Fly?

The reindeer are fed a very special diet by Mrs Claus. She adds a magic ingredient to their meals every day. This is a secret only she knows. The reindeer fly because of what they are fed and by Santa's magic powers.

Question 5: What If My Home Doesn't Have A Chimney? How Will Santa Deliver My Presents?

Santa does usually go through the chimney if a home has one. He will even go down one if a fire is lit. All he does is extinguish it, then relight it before he leaves. Not to worry though if you don't have a chimney at your house. Lots of boys and girls have homes without one. This is why Santa has a magic key. The key is for any house in the world! He will go right through the front door and lock up before he is off to the next house.

Question 6: Who Is Santa's Favorite Elf?

Oh boy, Santa couldn't imagine having a favorite elf! All of Santa's helpers are equally special to him. They bring him so much joy and happiness to his life. He loves them all the same. This goes for the reindeer too.

Question 7: How Does Santa Get All The Toys In The Sleigh?

Santa wouldn't dream of leaving the house on Christmas Eve without his magic Santa bag. All of the toys go into the magic red bag that stays full all night making sure each and every child gets their gifts. He doesn't want to put too much weight on the reindeer because it's a tough job pulling Santa. So, the toys stay in the magic bag and only appear when he has arrived at the next stop.

Question 8: What Is Santa's Favorite Type Of Music?

Well, truth be told Santa has a lot of helpers around the world. He is very busy after all! So, in every big city he asks all his helpers to come out and remind the children about the upcoming Christmas holiday. He asks the helpers to tell the kids to be nice and to remind them that he will know if they have been naughty. The real Santa stays at The North Pole until Christmas Eve. He has to make sure everything is perfect on that evening so it takes him all year long to get prepared.

Question 10: Will Santa Bring Exactly What I Ask For?